A CAT Topper’s Success Secret: Discover the Difference Between Failing in CAT 2 Times (98 percentile) and Becoming a Topper (100 percentile) in 3rd Attempt

Here is what one of the CAT toppers “Ayush Kedia” (Assistant System Engineer at TCS who did BE in Computer Science from NIT Durgapur in 2008) says in an interview to the magazine Career360 April 2010 issue:

As you can read on the magazine page above, Ayush says, “So, this time round, I devoted all my time to English and that’s what made the difference”.

The secret for you from Ayush’s interview: The path for engineers to IIMs goes through focus on “Verbal Ability”.

For example, Ayush Kedia is the same person who took CAT exam 3 times, failed 2 times, yet topped the 3rd time. How is it possible? For the first 2 times, perhaps he divided his time equally for the 3 papers, but only after failing 2 times, he realized that the way to work hard-smart is to focus just on “Verbal Ability”.

Please write below in comments how you plan to change your study / preparation after discovering Ayush’s secret. 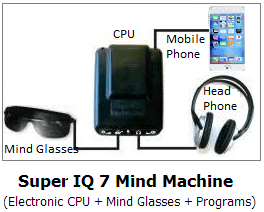